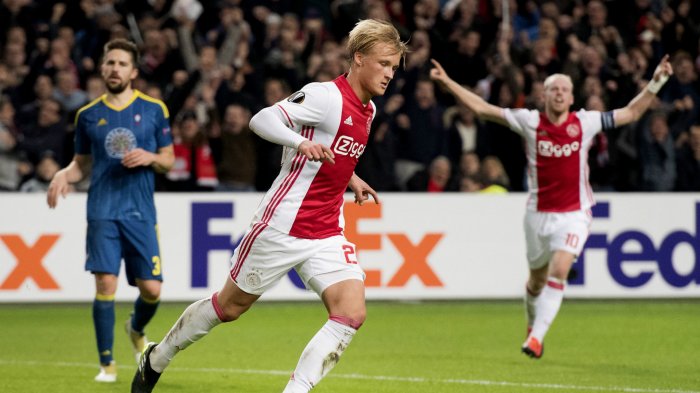 Defending champions Ajax Amsterdam are up and running for the new Dutch Eredivisie season following their emphatic victory overNEC Nijmegen. Ajax Amsterdam began the new league campaign with an impressive 5-0 win over NEC buoyed by the brace from Serbian national team player DusanTadic.

Ajax Amsterdam had a fantastic preseason campaign with victories over Premier League team Leeds United and Belgian top flight club Anderlecht. They could not continue that form into competitive action as they were hit for four by rivals PSV Eindhovenwhen the two teams met earlier this month in the Dutch Super Cup. Ajax were thrashed4-0by PSV who won the Dutch Super Cup for this year thanks to the brace from the in-form Noel Madueke. German international Mario Gotze was also on the scoresheet for PSV.

Dutch Eredivisie champions Ajax Amsterdam bounced back from the Super Cup defeat at the hands of PSV with the comprehensive victory over NEC. Ajax took the lead through French-born Ivorian international Sebastien Haller. The ex-West Ham United attacker scored the first of five first half goals on six minutes.

NoussairMazraoui scored the second Ajax Amsterdam goal on ten minutes before NEC defender Bart van Rooijput through his own net four minutes later for the third Ajax goal. Serbian international Tadic scoredthe first of his brace on 20 minutes before he completed it six minutes from the halftime break.

Ajax Amsterdam didn’t add to the fivefirst half goals in the second half as the damage had already been done. The emphatic win over NEC was enough to take Ajax to the top of the Dutch Eredivisie table at the end of week one.

Former European champions Ajax have won the last two editions of the Dutch Eredivisie and have made a good start in the quest to win a third successive league title.