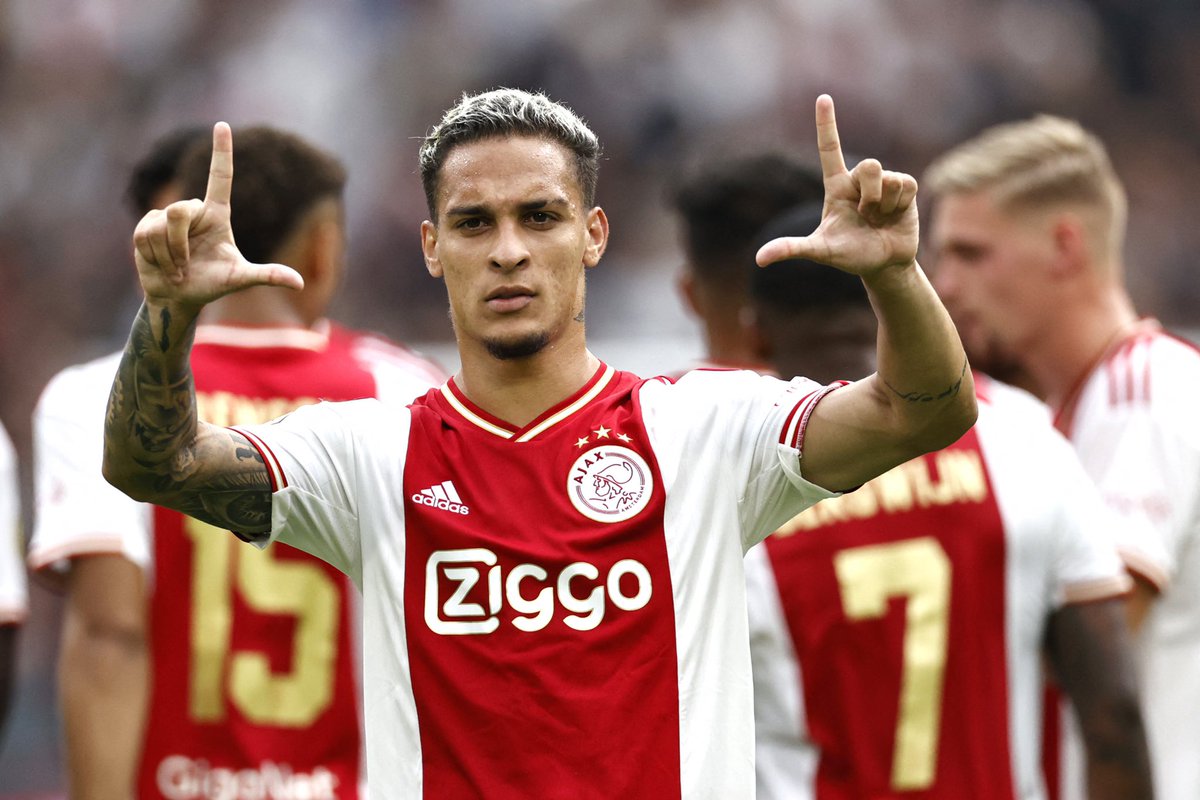 Dutch champions Ajax Amsterdam have turned down a big bid for highly rated attacker Antony. This is according to the report from popular media outlet The Athletic. It was disclosed that bid is from Premier League giants Manchester United. The Red Devils were said to have made a bid worth €80m and it was turned down by Ajax Amsterdam officials.

Brazil international Antony is one of the players on the transfer list at Manchester United this summer. New manager Erik Ten Hag is keen to add the player to his squad having worked with him during his time as the Ajax manager, but the Dutch giants are reluctant to do a deal for the player. Ajax Amsterdam are reluctant to let the Manchester United target leave the club this summer. For now, Antony is regarded as untouchable at Ajax.

Manchester United officials are determined to add quality to the current squad at the disposal of Dutch tactician Ten Hag especially after the poor start to the new Premier League season. The Red Devils are last on the league table after losing their two league games this season. Ten Hag has failed to win or draw any Premier League game till date though he has only managed two games. The games managed by the Dutchman were against Brighton and Hove Albion and Brentford.

Brighton were the visitors on the opening weekend of the new league season in the English top flight and they served as spoilers for Ten Hag who was managing his first game as a Manchester United manager competitively. German midfielder Pascal Gross scored twice in the first half to lead Brighton to a famous 2-1 away win over Manchester United. Ten Hag and Manchester United made it two losses from two games following the 4-0 defeat at the hands of London team Brentford.