Cameroon international Andre Onana has said that he is content at Ajax amid the speculated interest from Manchester United. The 23-year-old has been with the Ajax first-team for the past three seasons and the previous campaign saw the best of him with the Dutch giants celebrating a domestic double as well as reaching the Champions League semi-final. 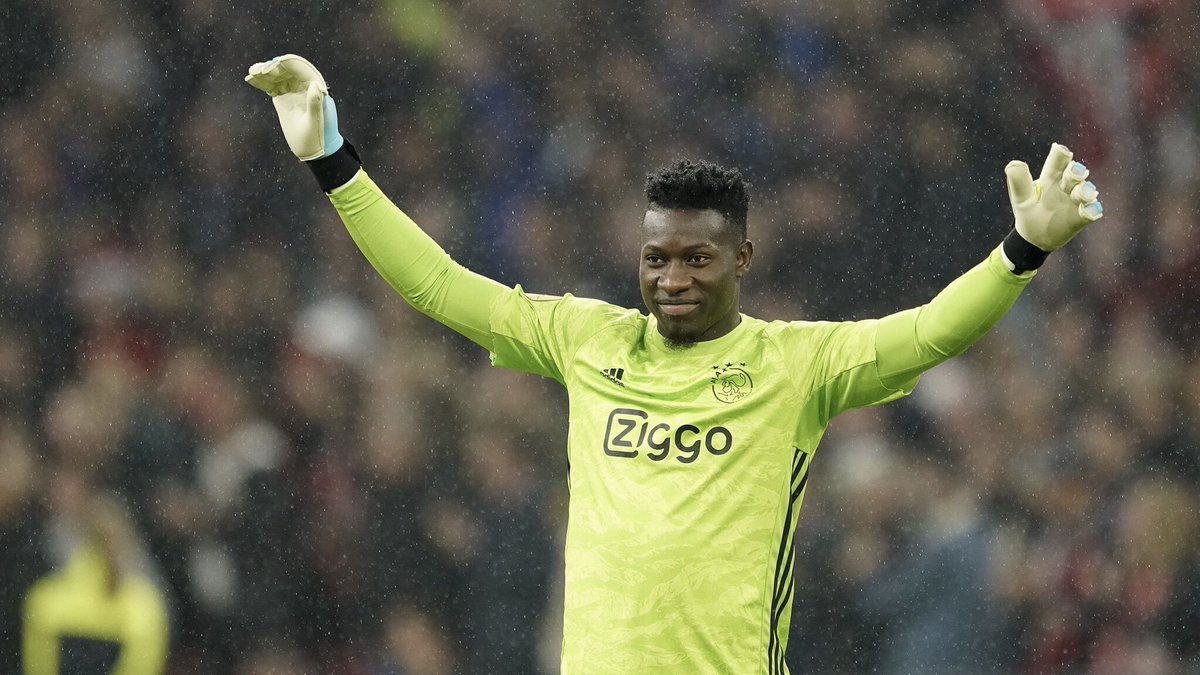 As such, there has been widespread interest in his services and reports have emerged that Manchester United could make a swoop amid the uncertain future of David de Gea. When asked about the ongoing speculation, Onana stressed that he is already playing at a good level at Ajax and prefers to stick with the club for the forthcoming campaign, he said: “It is important to me that I play at a good level and that I can continue to develop. I am still young and with Ajax we have just proved how much we can achieve with this club. It will not be easy to surpass that. But I want to fight for new success with Ajax.”

United are currently unsure over the future of De Gea, who has been their standout performer for the past few seasons. The Spain international has just 12 months remaining on his contract with the club and so far, no breakthrough has been found in terms of the extension with the club reluctant to match his £350,000-a-week demands.

As such, the club have a decision to either sell or risk him for the final year of the contract and the same could be made during the final stages of the summer transfer window. United have already started pre-season training and they are scheduled to travel to the Far East for the friendlies this summer. So far, they have pursued the services of Daniel James and Aaron Wan-Bissaka from Swansea City and Crystal Palace respectively.