BARCELONA: KOEMAN ON THE BRINK 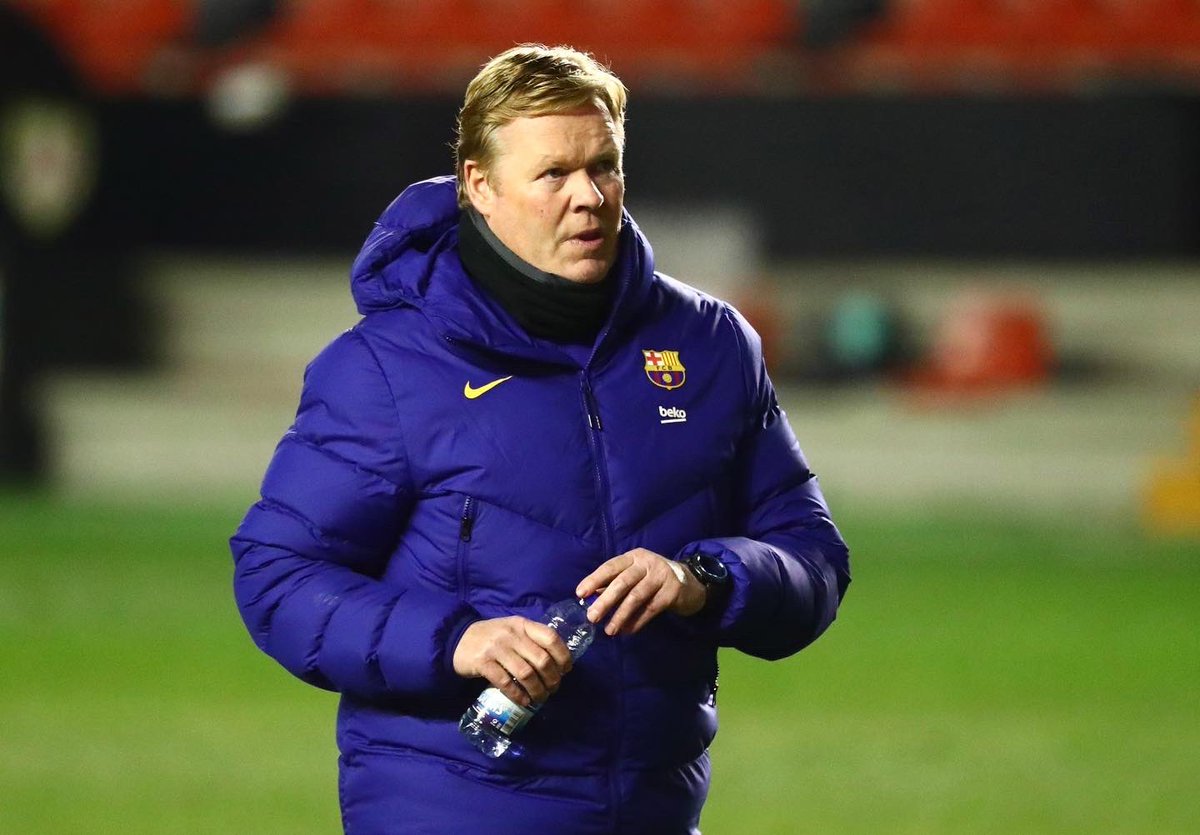 https://pbs.twimg.com/media/FAe5NruXsAII-pO.jpg
Barcelona manager Ronald Koeman is fighting to save his job at the Nou Camp according to various media outlets. The ex-Southampton and Everton boss is said to be on the brink of losing his job as the Barcelona manager after a poor start to the new season.

According to the specific report from The National News, Koeman would be sacked if Barcelona are beaten by Spanish champions and La Liga rivals Atletico Madrid on Saturday night. Some of the problems at Barcelona are beyond Koeman especially on the financial front but the Dutchman has not helped himself with his team’s performance and his poor relationship with club president Joan Laporta.
Koeman has led Barcelona to seven points off La Liga leaders Real Madrid after six games this season though it must be pointed out that they have an outstanding game which is a tough one against hosts and fellow La Liga title contender Sevilla. Koeman and Barcelona have also performed poorly in the Champions League this season with the Catalans currently bottom of their group after two losses from the first two games.
Barcelona were drawn in Group E alongside immediate past Champions League holders Bayern Munich, Portuguese giants Benfica and Ukrainian champions Dynamo Kyiv as far as this season’s Champions League group stage campaign is concerned. They have conceded six goals and not scored a single goal in two group games. In their first game, Bayern Munich hitman Robert Lewandowski scored a brace to propel the Bavarian giants to a 3-0 away win over the Catalans before they suffered the same 3-0 defeat in their second Group E game at the home of Benfica.
Several candidates have been lined up to replace Koeman in the media if he loses his job. Ajax Amsterdam manager Erik Ten Hag is one of those candidates. The Ajax boss has a high scorecard when it comes to nurturing young players and he could be the right fit for the Catalans. His biggest achievement was leading a youthful Ajax Amsterdam side to the Champions League semi-finals three seasons ago.
Apart from Ten Hag, the likes of Xavi Hernandez, Antonio Conte and Roberto Martinez have also been linked with the Barcelona job.
<span style=”display: inline-block; width: 0px; overflow: hidden; line-height: 0;” data-mce-type=”bookmark” class=”mce_SELRES_start”></span>