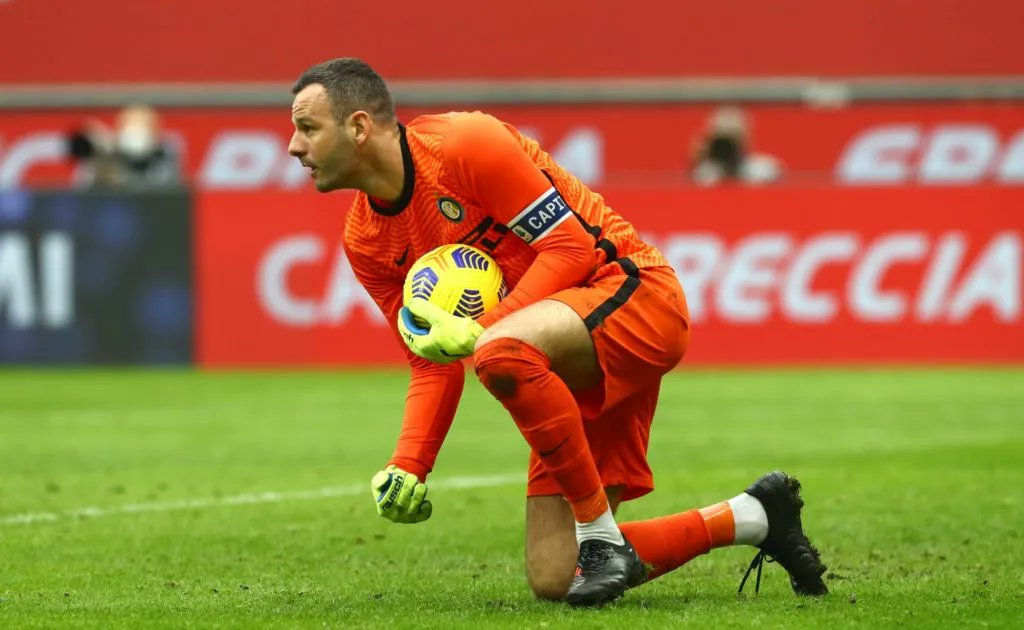 Veteran Inter Milan shot stopper Samir Handanovic has not decided on his future at Inter Milan according to the newest reports emanating from the media in Italy. The specific report from Calciomercato stated that the 37-year-old goalkeeper has made a decision on his future at the San Siro with Cameroon star Andre Onanaset to arrive from Ajax Amsterdam in the summer.

It has been revealed that Onana will put pen to paper on a new contract in the comingweeks as he has been identified as the long-term replacement for Slovenian international Handanovic in the Inter Milan goal. Handanovic is undoubtedly an Inter Milan legend and he has been in the first team squad for the better part of the last decade on the back of his transfer from fellow Italian top flight side Udinese in 2012.

Handanovic has been the first choice shot stopper at Inter Milan for several years and he was instrumental to their title win last season. He was a regular in the Inter Milan goal as they won the Italian Serie A title for the first time since 2010. Also, he has been an ever-present this season as Inter Milan are the new pacesetters in the Italian top flight as they bid for a second successive league title. Napoli led the league in the opening weeks of the season while AC Milan and Inter Milan were second and third respectively, but things have changed in the past few weeks. Inter Milan are the recipients of the Serie A summit at the moment, while AC Milan and Napoli are second and third respectively.