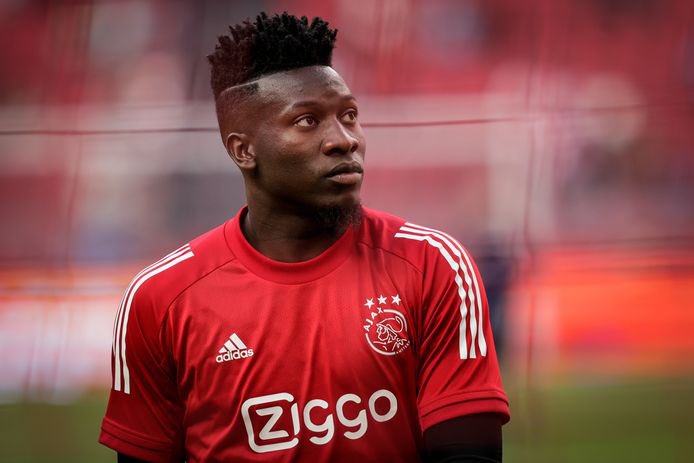 Italian Serie A champions Inter Milan have completed the signing of Ajax Amsterdam goalkeeper Andre Onana and that the only thing missing is his signature on a contract. This is according to Italian journalist Gianluca Di Marzio who revealed the transfer update on Ajax Amsterdam shot stopper Onanawhile he was on Sky Sports Italia on Tuesday evening. According to him, the Nerazzuri are prioritising the contract extension of midfielder Marcelo Brozovic after a free transfer deal for Onana was wrapped up.

Cameroonian goalkeeper Onana has agreed to join Inter Milan when his Ajax Amsterdam contract ends next summer. He will sign for the Serie A holders as a free agent.

Italian journalist Di Marzio stated that the target for Inter Milan is to hand new deals to their important players amidst the transfer rumours linking the Nerazzuri with some new additions when the January transfer window resumes in the coming weeks. Inter Milan have already given important players such as Argentine international Lautaro Martinez and Italian midfielder NicoloBarella new deals and Croatian international Brozovic is next in line.

Inter Milan star Brozovic has a few months left on his contract which will expire next summer and Nerazzuriofficials are determined to agree a new deal with him.

For Onana, it has been clear for some months that his next destination is the Italian Serie A especially after Arsenal settled for homegrown talent Aaron Ramsdale. The Gunners were seriously linked with a move for Onanaearlier this year until they decided to move away from the former Barcelona goalkeeper and pursue a move for England national team player Ramsdale. Arsenal paid a fee of £24m for Ramsdale and it could rise to £30m based on add-ons.

Ramsdale has already established himself as the number one goalkeeper at Arsenal on the back of his transfer from Sheffield United.