Life is all about results. It may not make sense to the nerds who think their brain is smarter than the planet which has undergone different trials and tribulations for millions of years yet survived. 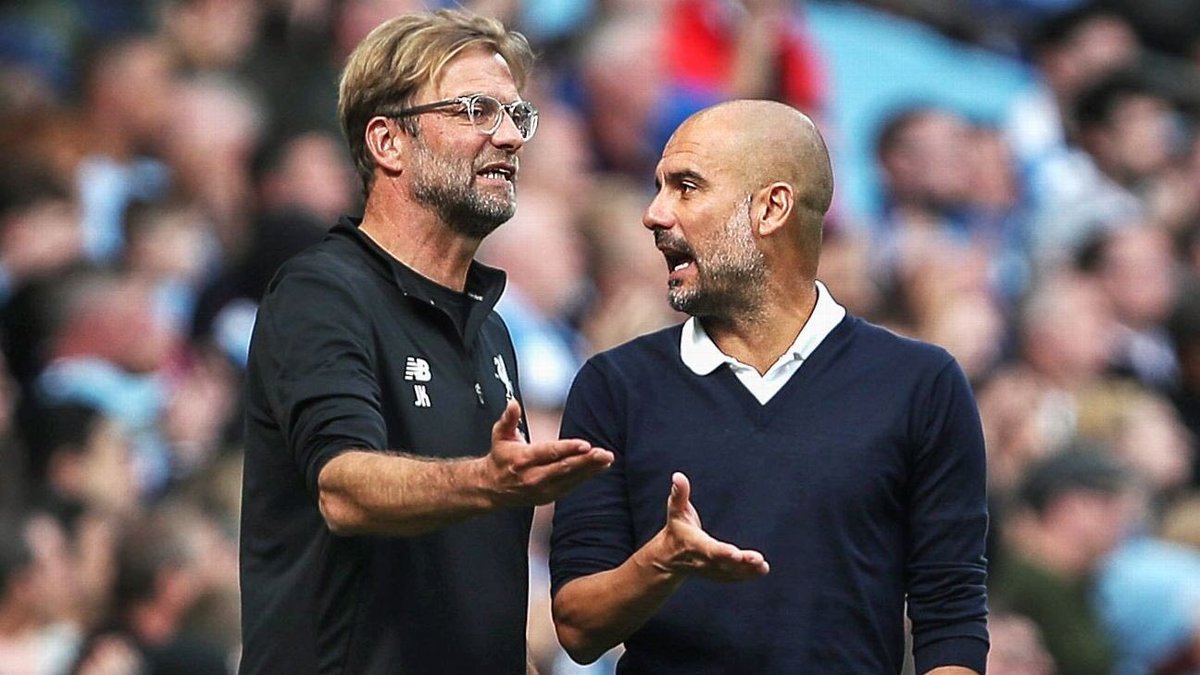 That’s why Pep Guardiola and Jurgen Klopp is as opposite as can be when it comes to personality yet both look like twin achievers.

Many ex-players coached under Guardiola have been asked if he was a “good guy” and from Eto’o to Ibrahimovic to Thierry Henry, all settled with “good coach”. In fact, Ibrahimovic was less forgiving. He called him a “coward”. All this tension whether Guardiola is the kind of guy you would love to hang out with on a Saturday night and yet he remains the greatest coach of his generation.
Jurgen Klopp is the opposite character. He likes hugs. Talks loudly and looks like the kind of dude that always want to have beer with you on a Saturday night. Yet his results on the pitch is not that bad when it comes to Pep. They are both currently coaching in the same league and the German has won back to back Coach of the Month award since the start of the new season.

Leaves one with the question as to how they motivate their teams to almost play the same tireless high pressing game of theirs. But that’s kind of the point. It doesn’t matter how they do it as long as the result keep coming and fans and club owners are happy.

Normally when a concave and convex mirror give you the same image, you freak the hell out and wonder if you are crazy to the point of seeing hallucinations or your high school science teacher did screw you up for fun.

Pep and Jurgen couldn’t care less though. They are having the best time of their lives and writing their own histories. Future generations won’t care too to know who was the concave or convex. They will take a look at their achievements, nod and move on. The universe has spent thousands of years teaching every generation that results are all that matters. It’s nothing to be any different in the future.